Russian beauty, Elena Dementieva was known to be one of the sexiest and gorgeous well-mannered tennis players in her day. She is tall, blonde and one sexy woman that played splendidly on the court. She has recently retired but ranked No. 4 in women’s tennis. Can it be denied how fantastic she looked on the court? Many have considered her to possess a schoolgirl charm while she would tie back her hair into a ponytail and begin to swing that racket with graceful connection to the ball and do it all while being incredibly appealing. 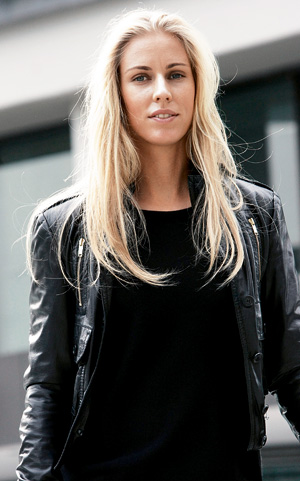 Elena Viacheslovavna Dementieva has been a tennis champion since the age of 13. Her accomplishments in tennis would be unstoppable in her hometown as she would later pick up some international accolades as well. The gentlemen loved to watch her, hence why she was elected as one of the Top 99 Women by AskMen.com. She has also been awarded with many other honors in the world of tennis. Both of her parents played tennis for recreation and were a great influence on her own personal skills.