We’ve seen millions of supporters from the time that the fight was announced up to the weigh in. People loves and adores him. Someone who has shown great sportsmanship and mercy to fellow boxers he knocked off the ring. God-fearing, humble and always thankful about where he is and how he became the person he is now. On the blue corner we see Mayweather, flaunting his millions over luxurious cars, trash talking and bashing Pacman’s camp. Unbeatable, they said. But in the votes of people watching, he never came close to our People’s champ! After ditching Gambling, Alcohol and telling the world about the true champion of his life and success: GOD. He has made Pacquiao an excellent fighter and a happier person.

I just want to let you know that everything I have accomplish is God who gave the strength. I used to sleep in the streets and you know starving, hungry and now I cannot imagine that the Lord raise me in this position and He bless me with this blessing that I cannot imagine. “There is God who can raise someone from nothing into something”- Manny Pacquiao 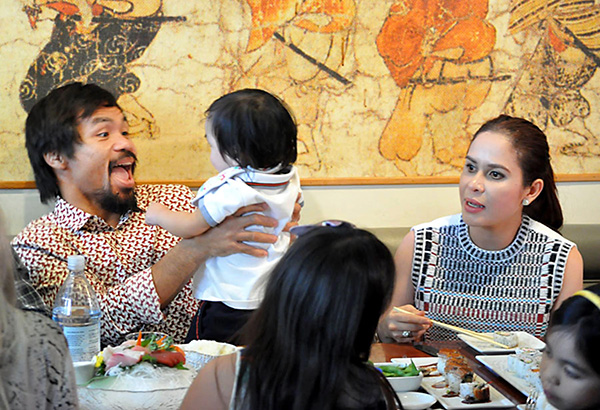